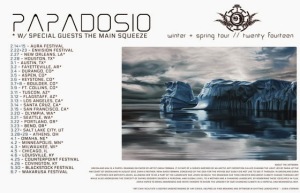 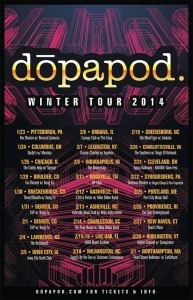 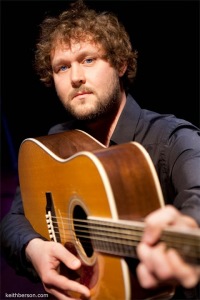 Do you have a voice but are afraid to use it? Do you have feelings you don’t know how to express? Is there a side of you that wants to be freed from under the rock, the closet, the suffocating small town or big city cubicle you’ve been living in? Chicago Farmer is ready to help and will be on tour in your area in 2014!

The son of a small town farming community, Cody Diekhoff, logged plenty of highway and stage time before drifting into the Windy City and becoming known as Chicago Farmer. Profoundly inspired by Woody Guthrie and John Prine, he’s a working-class folk musician to his core. His small town roots, tilled with city streets mentality, are now turning heads North and South of I-80
“This is not your average ‘man with guitar.’ Chicago Farmer’s approach to solo folk music is traditional, but his soul and energy are uncommonly powerful,” says CBS Chicago. “Arriving with his classic acoustic guitar style is a voice smooth but broken-in that sounds wise beyond its years. He will stomp out a beat in leather boots to drive home a point and throw down a handsome harmonica solo to put a song over the top. The songs are about the places he’s been and the people he’s met, so local ideas are abound in this music from the heart.”
“You can smell the dirt in the fields, hear the wind as it blows across the plains, and see the people that Chicago Farmer sings about.” Honest Tune goes on to write, “Each song captures a moment in time, whether for a person or a particular place. Imagine if a John Steinbeck short story had been written as a song, and this will give you a fairly good idea as to what Chicago Farmer accomplishes in his music.”
“Chicago Farmer represents the best qualities of Midwestern U.S.A,” praises Pokey Lafarge. “His lyrics, his stories and his heart are true. He’ll give you that feeling of ‘going home’. He’ll make you want to say all those things you’ve been meaning to say but were too afraid. At the same time his songs can make you ask yourself some deep questions. His songs give you hope. If you didn’t know him I believe just his voice would make you believe every word he says. Definitely one of my favorite singers out there today.”
In 2013 Chicago Farmer released the full-length album Backenforth, IL. The album broke the top 40 on the Americana Music Charts and rose to #3 on the Radio Free Americana charts. Along with Americana Radio, the album also garnered much attention with the song “Workin’ On It” being featured on Chicago’s WXRT multiple times. On April 17th, Michael Verity of No Depression (The Roots Music Authority) pegged Backenforth, IL as #5 of the best of the year so far, and Henry Carrigan of Country Standard Time says of the album “Stark and joyous at the same time, the songs grab you by the throat and refuse to let go until they’ve penetrated your heart and soul, which, after all, is what great folk music has always done; Chicago Farmer’s new album stands well in that tradition.”
Chicago Farmer plans to carry the tradition and torch of folk music even further with his live performances in 2014. This year Deikhoff goes on to headline many of the markets and cities he’s been the support in; 2013 saw the Folk-Singer priming the stage for the likes of Todd Snider, Pokey LaFarge, and Jeff Austin’s side project The Here and Now featuring Austin, Danny Barnes, and Larry & Jenny Keel. Whether the audience has already witnessed one of his performances or not, they’re sure to be singing along, clapping hands, stomping their feet, laughing, crying, and wishing for more.
Chicago Farmer 2014 Tour Dates
Jan 11 Springfield, IL – Donnie’s Homespun
Jan 29 Madison, WI – Hotel Red
Jan 30 Two Rivers, WI – Waverly Inn
Jan 31 Minocqua, WI – Minocqua Brewing CO.
Feb 01 Minneapolis, MN – Cedar Cultural Center
Feb 07 Nashville, IN – The Cabin Fever Concert
Feb 08 Newport, KY – Southgate House Revival
Feb 13 St. Louis, MO – The Gramophone
Feb 14 Bloomington, IL – The Castle Theatre
Feb 15 McHenry, IL – Winter Roots at Mackey’s Hideout
Feb 20 Chicago, IL – Dunn Dunn Fest at Tonic Room
Feb 21 Davenport, IA – The Redstone Room
Feb 22 Des Moines, IA – Vaudeville Mews
Feb 28 Denver, CO – Cervantes’ Other Side 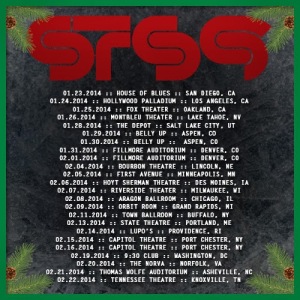 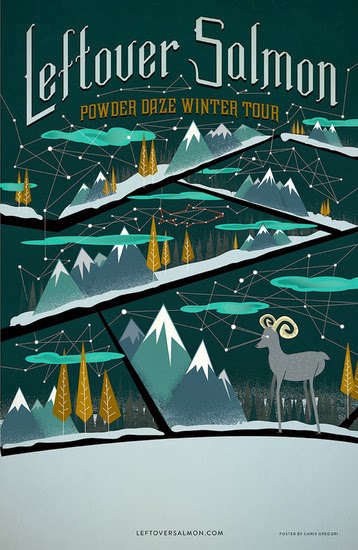 From LeftoverSalmon.com
“Leftover Salmon is pleased to announce several shows for their “Powder Daze Winter Tour” 2014! In mid-February, LoS will be playing a handful of Colorado shows with two nights in both Crested Butte and Durango followed by shows in Telluride and Avon. In Mid-march they head over to the northwest for shows in Jackson, Victor, two nights in Big Sky, with the tour ending in Missoula.
LoS Fan Club ticketing will go on-sale for the “Powder Daze Winter Tour on Thursday December 12th at 10am MST. Be sure to tune in to LiveSalmon.com for LIVE-streams of all shows (provided there is access to an Internet connection) and downloads of live performances within a few days of the show.
Tickets for the New Years’ shows are on sale now. Leftover Salmon will be playing two nights each in Park City and Seattle with special guest, Bill Payne (Little Feat). Fruition will also be joining them in Seattle. LoS travels to Alaska for a couple of early January shows and then on to Maui for a short run.” 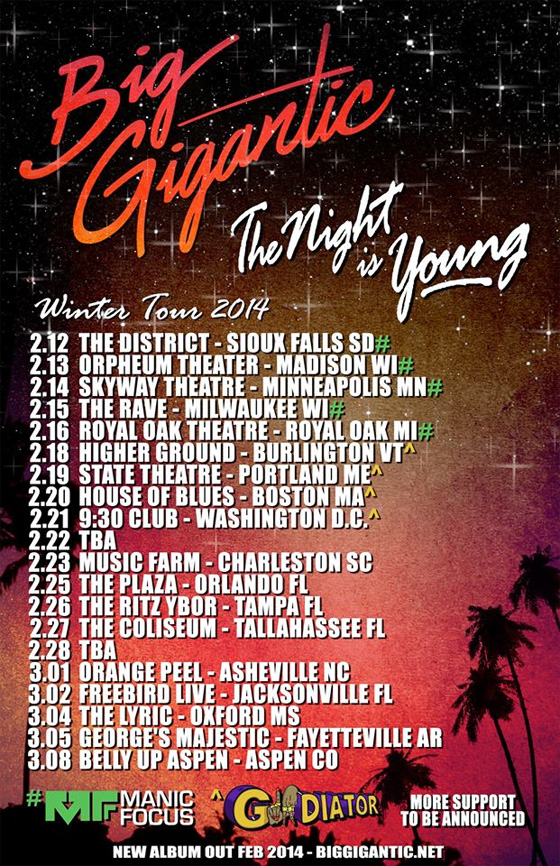 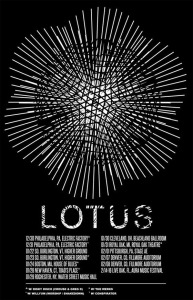 “Trey Anastasio Band will return to the road this January and February for a thirteen date Winter Tour, beginning with a two-night stand at the Ogden Theatre in Denver, CO (January 28 and 29). The run will include TAB’s first shows in New Orleans since 2005 (February 7 and 8 at House of Blues) and the group’s first-ever show in Orlando, FL (February 11 at House of Blues). On Valentine’s Day, Trey Anastasio Band will return to The Tabernacle in Atlanta, GA, where the live album TAB at the Tab was recorded in 2010.
Tickets for all shows will be available through a real time presale beginning today, Friday, November 15, at Noon ET at http://treytickets.rlc.net. Tickets will go on sale to the general public on Thursday, November 21, Friday, November 22, and Saturday, November 23. Visit www.trey.com for further details.”