“On August 27, 1972, fresh off their now-legendary European tour, the Grateful Dead traveled to Veneta, OR and reunited with the Merry Pranksters for a common cause – to throw a benefit concert for the Kesey family’s Springfield Creamery. A stage was erected under the hot Oregon sun at the Olde Renaissance Fairgrounds, tickets were printed on the fronts of the Creamery’s yogurt labels, and the rest is history…”

“Sunshine Daydream is an unreleased movie shot at the Grateful Dead’s 1972 Veneta, Oregon concert to benefit the Springfield Creamery in nearby Springfield, Oregon. The film is sometimes shown at small film festivals, and bootleg recordings of it have circulated on VHS and DVD and as digital downloads.

The concert, recorded on August 27, 1972, was filmed using four 16 mm cameras, in the woods of the Oregon Coast Range foothills, on the grounds of the Oregon Country Fair. Originally even more cameras had been planned, under an ambitious scheme: “The plot was to develop a signature visual style of representing the band: a camera for each of the 16 channels (at least!) emphasizing the visual kinetics of the music making itself as well as the enormous open communication within the band.”

Ken Kesey and old cohort Ken Babbs emceed the concert. The Dead played all afternoon and into the dark after an opening set by the New Riders of the Purple Sage. The title of the film is taken from the coda section of the Dead song “Sugar Magnolia”.” 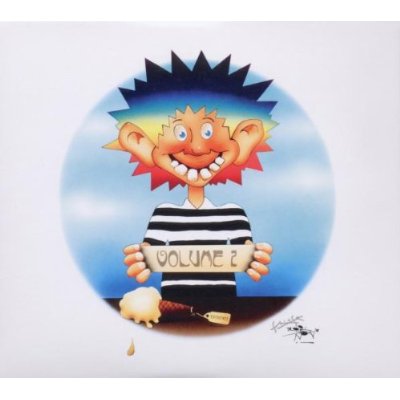 Editorial Review from Amazon.com
“Europe ’72 , a triple live album documenting its historic trek across Europe became not only one of the band’s best-selling releases, but also set the gold standard for live Dead. Now the group proves you can never get too much of a good thing when it revisits that legendary collection with Europe ’71 Vol. 2, an essential continuation of the original that includes more than two hours of unreleased performances from that storied tour.

Grateful Dead archivist David Lemieux, who produced this 20-track compilation, says he only chose song titles that did not appear on Europe ’72 as a way to complement the original. “I think this album, coupled with Europe ’72, represents a complete overview of the tour in every way,” he says. “In fact, songs like “Beat It On Down The Line,” “Next Time You See Me” and “Sing Me Back Home” were selected by the Grateful Dead for the first set, but were left off because there wasn’t enough room.”

In a nod to the original, Vol. 2 features new cover art by Stanley Mouse, the artist who helped create the iconic artwork from Europe ’72, which features the return of the legendary Ice Cream Kid. “Trouble comes in many flavors. Ice Cream Kid is in hot water. The jury is out. His only defense is love,” says Mouse of the Kid’s return.

Recorded at various locations during the band’s 22-show tour, the collection captures the Dead in white-hot moments of improvisational revelry as the band explores a number of its most enduring songs, like “Bertha,” “Sugaree” and “Playing In the Band,” plus relatively obscure cuts like “Black-Throated Wind” and Pigpen’s “Chinatown Shuffle.”

As a special treat, the set includes an epic hour-plus jam that combines “Dark Star” and “The Other One.” Recorded at the Bickershaw Festival, it was the only show on this tour where the band broke out both of these beloved improvisational showpieces. Vol. 2 also includes “Good Lovin” and “Dire Wolf” from the April 26 show at Jahrhundert Halle in Frankfurt, West Germany. While much of that concert was released on 1995’s Hundred Year Hall, these particular tracks were not included and have remained unreleased until now.

The high-quality sound heard on Vol. 2 stems from painstaking work done by Jeffrey Norman, who has been the primary mixer of the Dead’s archival multi-track material for the past 15 years. For this release, he mixed each show from the original 16-track recordings while two-time Grammy®-winning engineer David Glasser mastered the music to HDCD specs.”