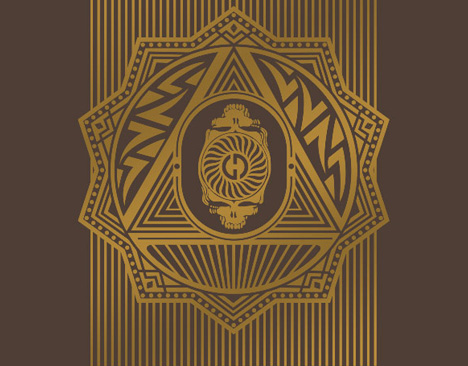 If you’re a Dead Head, chances are you’ve spent many an hour expounding upon the distinction of May 8, 1977, Cornell University, Barton Hall. Well, at the risk of preaching to the choir, we’d like to reintroduce you to a series of shows that matches said greatness from that same gloriously fertile season. While Barton Hall is well known, the astounding tour that surrounded it has occasionally flown under the radar due to the uneven quality of tapes in circulation. May 1977 is set to change all of that with a boxed set that zeroes in on this high-water mark in the Grateful Dead’s long strange trip.

For a band resurrecting itself after a 20-month hiatus, there was a great frenzy of expectancy that surrounded the Spring of 1977. We anticipate a grand reoccurrence of this fervor with the release of May 1977  a 14-disc boxed set featuring five complete shows from consecutive stops on that magical tour. Mastered in HDCD by Jeffrey Norman at Mockingbird Mastering, the “psychoacoustic phenomena” as Jerry once put it, of St. Paul Civic Center Arena, St. Paul, MN (5/11) Auditorium Theatre, Chicago, IL (5/12, 5/13), St. Louis Arena, St. Louis MO (5/15) and Coliseum at the University Of Alabama, Tuscaloosa, AL (5/17) can now finally be appreciated. Each of these shows finds the Dead delivering punchier, more focused sets, tightening up the framework; each night turning out first-ever renditions (“Passenger,””Iko Iko,””Jack-A-Roe”), unloading potent new pairings (“Scarlet Begonias”>”Fire On The Mountain”, “Estimated Prophet”>”Eyes Of The World”), classic covers (“Dancing In The Street”) and soon-to-be staples (“Estimated Prophet,” “Samson and Delilah”), and ultimately rising up to paradise.

And now for the nitty-gritty…

Due June 11, May 1977 is limited to 15,000 individually numbered copies. Presented in a psychedelic box that boasts an intricate die-cut design created by Grammy®-winning graphic artist Masaki Koike, the set also includes a book filled with stories about each show, as well as an in-depth essay by Dead historian Steve Silberman, who delves deep into the history behind the tour and the band’s return from its extended hiatus.

Once these 15,000 boxes are gone, May 1977 and its shows will never be available again on CD. However, the 111 tracks will be made available on release date as FLAC and Apple lossless full-set-only downloads for $99.98.

Like its predecessors Europe ’72: The Complete Recordings and Spring 1990, we expect May 1977 to sell out. Your best bet is to pre-order it now, then sit back, relax, and enjoy all the exclusive content we’ll be rolling out over the next few weeks right here and on Facebook.com/GratefulDead and Youtube.com/gratefuldead.